As you’re heading down the Castlereagh Highway, just south of Walgett, you’ll see a signpost for a road that heads west. This road takes you past the Walgett graveyard then heads west-south-west through country that’s  very flat and very dry. The horizon shimmers, a quivering line of gel squeezed between the immense blue sky and the hard dun-coloured earth.

Follow this road for an hour or so and you hit a small town called Carinda. Whatever flimsy reason justified Carinda’s existence has long since been forgotten but the buildings and the people stubbornly refused to listen to reason, however flimsy, and Carinda gritted its teeth and, like so many other small towns across outback Australia, got on with it. Whatever “it” was.

Then, around 35 years ago, a location scout for a video production company stumbled through Carinda and stopped in the pub for a coldie. The location scout looked around the front bar of this pub and thought: “Yeah. This is the place.”

In fact, the pub at Carinda pub became the place. In a series of events that are as baffling now as they were back then Carinda became the location for the video that accompanied David Bowie’s single Let’s Dance, the title track from the Thin White Duke’s 1983 album. Here he is, in his white shirt and white gloves, next to the double-bass player in the front bar of the hotel. 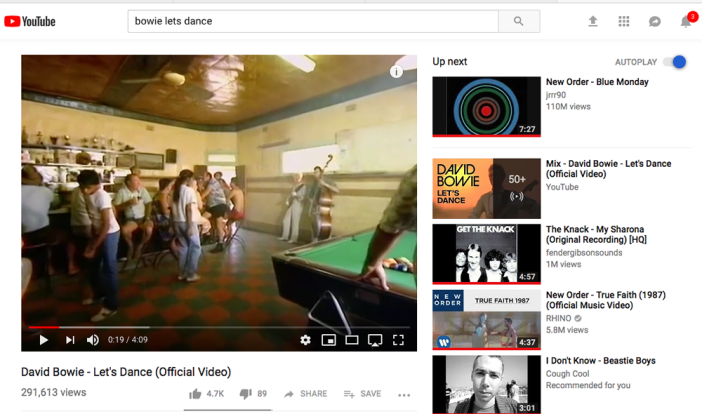 The pub went on to become something of a pilgrimage site for dedicated Bowie fans, and the tiled wall has become a makeshift shrine.

It took a while, about three decades, but some enterprising Carindinians capitalised on this glancing moment with fame. If Parkes can become synonymous with Elvis Presley, then why not Carinda with Bowie? Why not indeed!

The Let’s Dance Carinda festival has been running for a few years now. Last year Jeff Duff, who plies a living as an extremely plausible Bowie tribute, brought his band along. Duff and co. returned for a second crack in September, playing a set of Bowie songs down at the race course on Saturday night and then, the culmination of a weekend-long Bowie fest, recreating the Let’s Dance video in the pub on Sunday afternoon.

Carinda went crazy, and everyone dressed up! Well, these two did.

There was a dog show, belly dancing and a street parade, which featured a Bowie-themed ukulele band. Sorry, trio.

A bunch of kids joined in to add to the numbers and they sashayed from the race course to the pub, finishing with a rousing rendition of Rebel, Rebel. 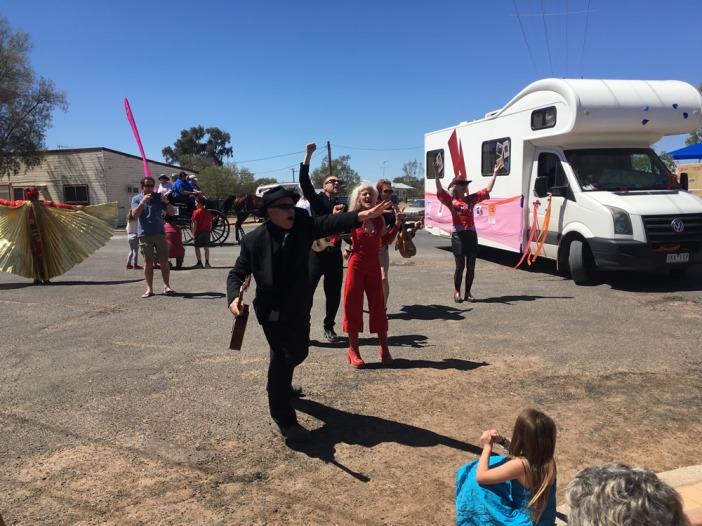 The audience looked to be made up of people very similar to me: middle-aged Australians who, at first glance, would not appear to have had a past in which they might have dressed up in funny clothes, applied thick layers of garish make-up, or taken shitloads of non-prescription drugs. Just proves Chuck Berry was right: you never can tell.

Duff’s band is a tight unit. There was a guy on guitar who had clearly been playing at a very high level for about 60 years; a drummer who spent the half hour before the gig trying to chat up the only two women under 25; and a keyboard player who also, with his left hand, played the bass lines on a second keyboard. (I should have said, “He played it left hand” for 3-point Ziggy reference. Too late.)

Duff himself had dressed the part. I have friends who’ve seen his tribute act in big towns like Newcastle, and he takes on the whole persona. But here in Carinda it was a much more homespun affair. There was audience banter (hard not to when you’re only 18 inches away from them), chat and back-chat, and a casually relaxed and convivial atmosphere that, I hope, the big DB would have approved of.

The band punched out a short set of classics (Space Oddity, Ziggy Stardust, Young Americans “Do you remember your Julia Gillard?”) before the one we’d all been waiting for:

Everyone joined in. I mean everyone. Even the high notes that no-one could reach any more, if they ever could have done even in their funny clothes, make-up and drugs days. And at the end we all went off, big time. The band could hardly leave the stage so they were forced into an encore of Suffragette City, a high energy ending that left everyone buzzing.

I pulled out early to beat the traffic, but wasn’t quite quick enough and had to eat the dust of a ute that must have bolted before the encore. The road took me east-south-east back towards Coonamble, through more flat, pale-brown tracks 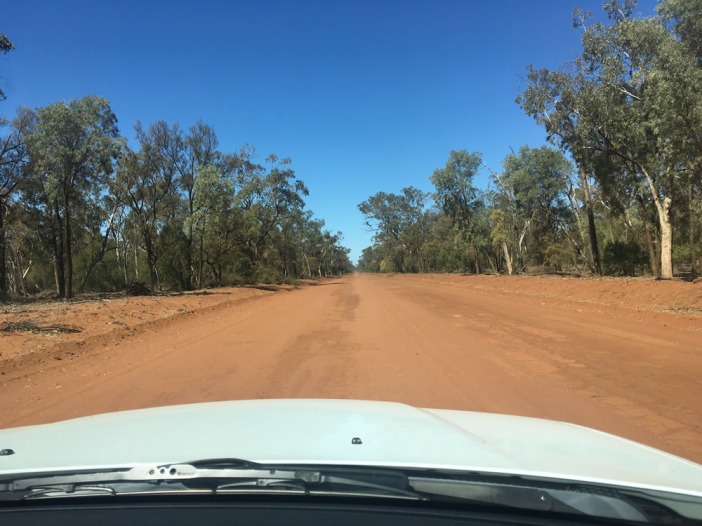 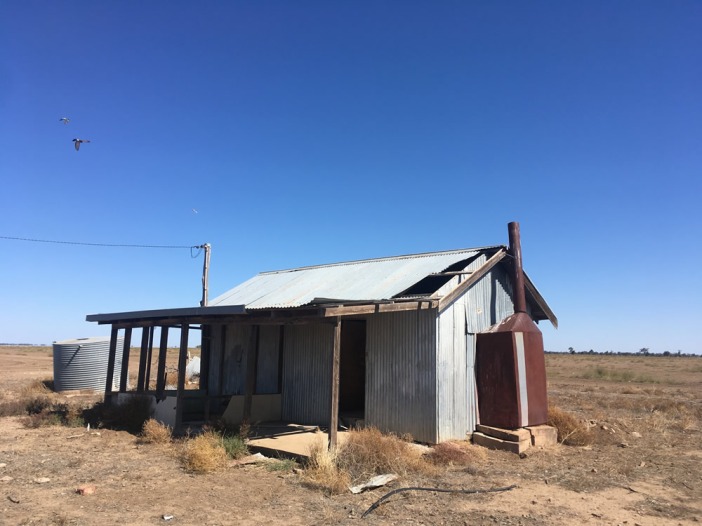 and buildings on the last cusp of transforming from vertical to horizontal. I tried to imagine the hum and hustle of mustering and shearing but the tin walls were too dry, or reluctant, to talk to me. Instead they ticked and tocked as the afternoon sun gradually lost its bite.

A little further down the road a homestead, burnt to the ground, only its chimney stack still standing. I wondered about the work that went into building this place, the teams of Chinese ring-barkers hired to clear the country, the promising early wool clips followed by the endless years of hand-feeding sheep too drought-busted and burr-ridden to produce a sellable fleece.

It was a sobering end to the afternoon. What did Bowie make of this landscape as he drove through it on the way to Carinda, 35 years ago? When I think of Bowie I think of hedonism, heroin, Berlin, gaudily-coloured boots with implausibly high heels, a peacock-like flamboyance, and a bullet-proof belief in the importance of style. When I see these shearing sheds and homesteads I think of checked shirts and elastic-sided boots, I think of graft, callouses, private and unacknowledged grind, a slit-eyed suspicion of ostentation.

But maybe I’m wrong. The crowd at the Carinda hotel was, almost exclusively, “ordinary” middle-aged white Australians. The kind of people who shear sheep, drive cotton harvesters and fly crop sprayers. But also the kind who, once upon a time, slapped on make-up, took drugs, and put on their red shoes and danced the blues.

Appearances can be deceiving. Especially in small towns like Carinda, New South Wales. Dance on, Carinda, dance on.